This last year has seen various stages in the decline of three Test playing nations:

In each case, the downturn in fortunes has been associated with the aging or retirement of eminent players. I have read the same charge levelled at all three countries: their decline is because of a failure of succession planning.

My journalese bullshit antennae first twitched when I read this censure in an article about Sri Lanka. It came about the time of Kumar Sangakkara’s Spirit of Cricket lecture that was direct in its criticism of his home cricket association. Not managing to plan for the replacement of older players fitted well with the picture of corrupt and venal administration: they rested on the laurels of the team’s success, failing to anticipate the cliff the team were progressing towards as Muralitharan neared retirement.

Murali.. succession planning.. antennae twitched. Who else had left the Sri Lankan Test team? Malinga. Murali and Malinga, two unique bowling talents. What sort of replacement policy should Sri Lankan cricket have put in place? One based on nurturing cricketers with double-jointed bowling arms and extraordinary delivery actions that defy all coaching orthodoxy? Anybody capable of slipping into their shoes would already be playing in the Sri Lankan team.

It is one of the strengths of the human intellect to seek an explanation for change. It is one of the weaknesses of that intellect, that unfavourable change must always be accompanied by blame. And a contemporary weakness is that business jargon is appropriated and applied to give a sense of authority to explanations.

It is ridiculous to believe that a successor can be planned to the bowler who took 40% of all the wickets taken by Sri Lankans during his career. Sri Lankan cricket declined after his (and Malinga’s and Vaas’s) retirement, because their cricket entered a new era – one where they are a lot less lucky about who they have available to bowl for them. That is the ebb and flow that is visible in all areas of human activity, and particularly sports.

Having said that, I am by no means a fatalist. The performance of a Test team can be enhanced by, amongst other things: developing a competitive playing culture that produces cricketers able to score runs or take wickets under pressure; astute selection of those most able to thrive at the top level; implementing tactics that make the most of the players you have and that target weaknesses in the opposition. Whether Sri Lankan cricket has failed to do these, I am not sure. What about the case of the second power in decline, Australia? 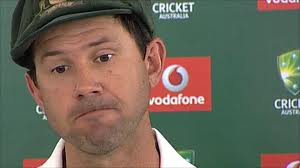 Australian cricket success in the 1990s came at the time of the professionalisation of its coaching infrastructure. The Australian Cricket Academy became the model for English cricket. With the long-established grade and shield cricket, the academy seemed to be producing the competitive culture required for success. There was a glut of quality players, many more than could be fitted into the Test team. But, Shane Warne, who had a transformational influence on their cricket, was not an academy graduate. Succession planning didn’t get him into the Test team, just recognition by the selectors of an exceptional talent. At his height, young Australians wanted to be leg-spinners, not quick bowlers. We imagined a future of English batsmen facing unreadable leg-spinners in Ashes series into the future. That it didn’t happen had nothing to do with the effectiveness or otherwise of succession planning. It just proved very difficult to reproduce a player of Warne’s talents – even in a country able to invest much more in its cricket future than Sri Lanka.

Warne retired within 12 months of five other champion Australian Test cricketers. The coaching infrastructure had remained. Selection wasn’t really at fault and tactics didn’t let the team down. The wheel had turned: Australia had fewer top-class cricketers. Handy as it may seem to blame decline on a management failing, succession planning was irrelevant. And it has stayed irrelevant to the emergence of Patrick Cummins, thought by many to be the future champion cricketer. He forced his way into the team with compelling, yet limited experience – not as the planned successor to Brett Lee or Glenn McGrath.

This I know isn’t the view of the Argus Report, commissioned after the Ashes defeat. It concluded that Australian cricket culture was rotten. It prescribed a series of structural reforms, including a Head Selector with responsibility, amongst other things, for succession planning. I’m sure a thorough review of a system little changed over two decades of success will identify some important areas for improvement. It would be too much to expect it to take a step back and say, “Wow, they were great players. Things will be tough for a while, until we unearth some more.” That would have had a ring of truth and an absence of business blarney.

The third leg of the trimvirate on the slide, India, have a slightly different story. Whereas the eminent cricketers of Sri Lanka and Australia continued to perform well until their retirement, there is a feeling that India’s stars are neither performing, nor moving on. Is this then a failure of succession planning? One explanation seems a little simpler – selection; and one is a good deal more complicated – have the Indian cricket authorities’ priorities undermined the culture that produces top class Test players?

I do see one role for identifying and cultivating an individual who one day may take a particular role in a cricket team. Captains do not burst onto the scene. Leadership skills are exposed through experience and those thought to be potential leaders will benefit from being given opportunities to demonstrate and develop those skills. Generally, this is the luxury of successful teams.

England find themselves in that situation right now. This week, with Pakistan beaten in the one-day series, so soon after the shock Test series defeat, England’s careful nurturing of Alastair Cook feels like the most effective example of succession planning.